A few years ago, I was summoned to appear in court out of state. I called and attempted to figure out what it was, but no one could help me; all they could say was that I needed to come. This happened on a Tuesday after roughly ten calls. On the last call, the lady was really unpleasant, telling me that I could either appear in court on Thursday or have a warrant issued for my arrest. I was like, "Say no more," so we got on the road (with very little travel or gas money). We literally had to come right back home because we could not afford a hotel room on such short notice.

Once we arrived I spoke with a clerk who told me which room to go to. I sat in the rear corner of the courtroom when a young pregnant woman came in and sat next to me. We started talking and talked the entire time, which was strange considering everyone was instructed to remain silent when the judge began. Anyway, we talked until we were the only two people left in the room. Her ticket was thrown out after she stood before the judge. I recall thanking God because, among other things, we had prayed for that. She had a difficult life, but she was a wonderful young lady and even though she didn't see it I felt deep down from talking to her God had amazing plans for her and her baby. After she exited the courtroom, the judge glanced at me and said, "Yes, may I help you?" I gave him my name and I informed him I'd been warned to come or a warrant would be issued for my arrest. When I arrived, I was on the list and that is how the clerk had directed me to this courtroom. I also mentioned that I resided in another state and I had no idea what kind of ticket I would have in this state. He then told me that it had to be a traffic ticket, but he couldn't find anything with my name on it.

A few minutes later he sent for one of the clerks to come to his courtroom. The same clerk entered, bewildered; she had no idea who I was and had no recollection of speaking to me that day. Now I looked at her side-eyed because I knew we spoke because that's how I knew which room to come to. I decided to let that go since we were both in front of the judge and I was already threatened with a warrant. The judge kept looking and then requested others to assist him. This included looking at every judge's dockets for that day and the next two weeks. I waited for what felt like hours for someone to find out why I was there, but they never did. Because the judge was clueless, he apologized for the trip and informed me that I wasn't supposed to be there. He was even kind to which a letter and sign it stating that I was there in the event I should have been there. When I exited the room and went to the restroom, that young lady was waiting for me. I was shocked because I thought she was long gone. She then asked if I needed to pay for a ticket. She said she rarely prays, but because it worked for her when I prayed, she wanted to stay and pray for me. I thanked her because I didn't have to pay anything either. That's when she remarked, "I appreciate God for sending you to me today; all I wanted was for one person to care about me." I never told her I wasn't supposed to be there because I recognized God was confirming that I wasn't there for myself and that HE wanted me to stand in the gap for her. To show her how much he cares for her, he would send someone from another state who had to drive 12 hours that day just to be with her. I can't remember her name for the life of me, but I pray to God that she sees this.

To my beautiful friend, I pray you are not just thriving, but you are fulfilling your destiny in God's will. I also pray that when you receive your divine call you are sensitive to it even if it doesn't make any sense knowing that out there somewhere there is someone who needs to experience the love of Christ through you. 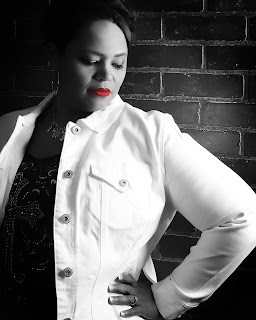 Welcome to My Testimonial Blog 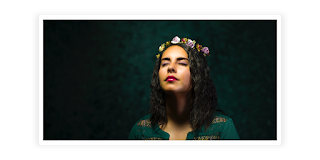 To Women Struggling to Get Back Up After Separation/Divorce